View from the top

What is it like to travel in our new reality?

Going on holiday during the pandemic - is it worth the hassle and uncertainty?
Our colleague Fred Eulenkamp relates his experience on a trip to Madeira and says that it certainly is.

So, it was moving in to September and, not having had a break since last December my partner and I decided that we really needed a holiday.

We started to research locations, first thinking about a staycation:  A holiday home (maybe Cornwall); a boat on the Norfolk Broads; or a Motor home – maybe going up to Scotland.

For various reasons we rejected all these – the boat because there was zero availability – yes for September! The motor home to Scotland because there were bad vibes coming from the Scottish government about numbers of people ‘invading’!  The holiday home in Cornwall because of availability.  All the choices - because we didn’t want to risk bad weather for our only holiday of the year. (As it happened, we chose a week where the weather would have been great!!).

So, we started looking at holidays outside the UK.  Guernsey and Jersey came up – It would have been nice to have seen my sons and granddaughter in Guernsey but the quarantine regulations there are VERY stiff as they are covid free.  Jersey – well, no for various reasons, it would have been a wrench to be so close to Guernsey and not be able to go, plus my boys would not forgive me visiting ‘The Old Enemy’! (Yes, it is way more than friendly rivalry.)  However, dont let this discourage you from going to Jersey.  Less than an hour by air, safe with the virus well inder control and currently no localy spread cases. residents of most parts of soutrhern England do not need to quarantine as long as they take a test on arrival.  We will take a look at Jersey in another communication.

Spain and France went on the quarantine list (not in itself a problem as we both work from home BUT they also went on the no non-essential travel list which would have insurance implications and given medical history was something I didn’t want to risk (more on insurance latter).

Portugal at that time had just been cleared by the government so we decided to look there and more closely at Madeira.  I had been to Madeira before but in the 1970’s and 80’s, my partner had never been.  There was a danger that Portugal would go back on the need to quarantine list BUT it was thought that Madeira would probably still be exempt, so we took the plunge and booked.

A week in Madeira split between 2 hotels with flights from Bristol. 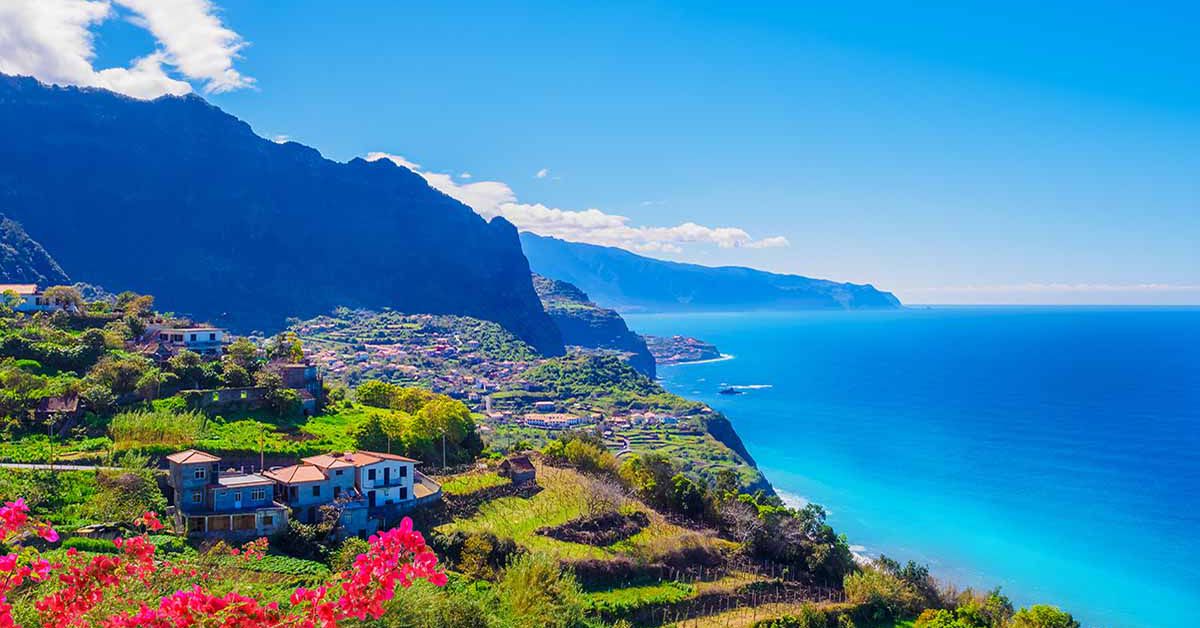 Further research showed that we would need medical screening in Madeira, we could either get a Covid test in the UK within 72 hours of travel or get a test on arrival in Madeira and isolate in our hotel until the test arrived.

Covid tests for travel are NOT done by the NHS and are not suitable anyway as you do not receive a certificate of a negative test.  (Quite rightly they are reserved for more important needs) so a private test is needed costing anything from £100 upwards and, due to location, none of them could 100% guarantee the results prior to us travelling.  We therefore decided to go for the test on arrival.

We flew from Bristol with EasyJet.  Simple and straightforward check in, NO CROWDS – how nice to go though security with no queue but also how sad, especially if you are in the travel industry.

The flight was standard EasyJet but with everyone wearing masks – and I mean everyone.  It felt very safe.  Arrival in Madeira was around 11 am.  A very controlled offloading procedure with people standing row by row to get off – no pushing or shoving.  Again, it gave a feeling of safety.

Passport control and baggage reclaim took just minutes and all was socially distanced.

Out of the arrival doors and then came the medical part.  We were advised to organise our hire car first as the desk was airside of the medical checks.  Once done there were 2 Q’s, one for those who had completed their online Madeira Safe form the day before and one for those that hadn’t.  We had (It is a very simple form and takes about 2 minutes (including downloading their APP) so straight from there to the Covid Test queue.  A short wait but they handed out bottles of water and fresh fruit.

Then into a small cubicle where a nurse asked a few questions stuck swabs up your nose (how can something hurt and tickle at the same time?) and down your throat (it makes you gag a bit).  To be fair it was so quick that it was just uncomfortable and worth the peace of mind afterwards.  We were then informed we would need to stay in our hotel room until the test result came in, which would take between 6 and 12 hours.

I was incredibly impressed by the whole procedure, from landing to leaving the airport was no more than 90 minutes, probably no longer than it would have taken in more normal times.

Straight to the car and off to the hotel.

Check in as normal and then up to the room.  The hotel staff telling us that if the test results were not through by dinner, not to worry they would bring it to our room. 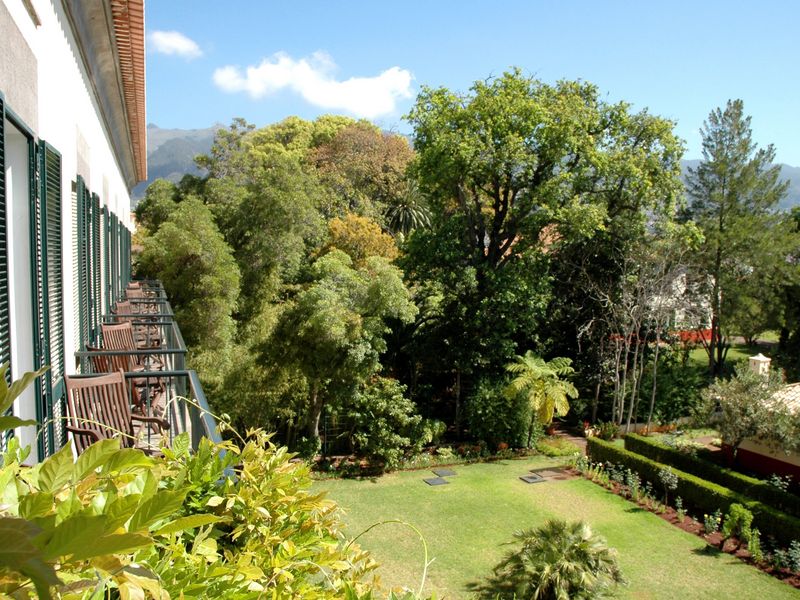 We had a relaxing afternoon sitting on the balcony looking over the beautiful scenery of Madeira and, just as we were thinking of ordering dinner from room service, the test results arrived via email, both negative.  It had taken just 7 hours from completing the test to the results being sent.  Great, now straight out to the bar by the pool to celebrate the result with a nice G&T before our meal.

Was it worth the hassle of the test and the wait of 7 hours to enjoy a holiday – well as I write now after our return I say - most definitely it was.  Would I do it again – the answer is yes; I would be off again tomorrow if I could.

Our first hotel (Quinta da Bella Vista) is an old colonial Manor house (Quinta meaning farm or estate).  Traditional with beautiful grounds and attentive staff.  There are 2 restaurants and the pool bar, that also serves food.  I think that there were probably just 5 or 6 rooms occupied and on the evening that we ate in the fine dining restaurant we were the only ones so had chef and waiter to ourselves.

From this base we took several drives around the island and visited several attractions.  Wherever we went people were wearing masks – use was mandated similarly to they way it is in the UK BUT the difference there was that EVERYONE took it seriously.  Why is it that Brits don’t appear to understand that your mask needs to cover your nose!  Nowhere did I feel unsafe.

Staff in restaurants, hotels, shops and attractions were always all wearing full medical facemasks and it was only natural for visitors to do the sam 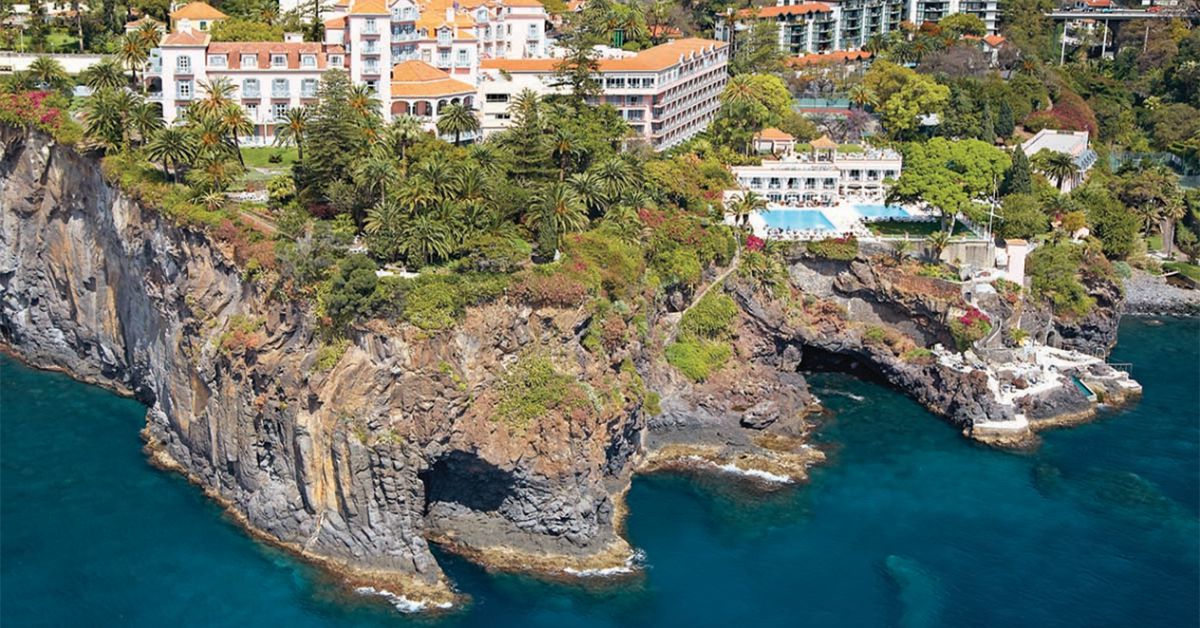 After 4 nights we moved to our second hotel – a little indulgence that I have always promised myself I would do – Belmond Reid’s Palace.  For 130 years Reid’s has been an icon in the hotel world, a timeless place of elegance and understated luxury.  I am pleased to stay that it remains this today.

If anything, Reid’s has taken safety to even higher standards – whenever you enter the hotel you pass through a temperature check.  The hand sanitizer has to be the most luxurious I have ever seen, and they provide hand cream to apply afterwards so that your skin is not damaged.  In the rooms they supply bottles of disinfectant spray along with the sanitizer!

Again, it is sad to say that numbers of visitors are low, perhaps 20-30 rooms being occupied in, what was still, the high season.  The main effect of this is that they have reduced the number of times each restaurant is open, so the Italian restaurant (Cipriani) is open Thursdays- Sunday, Afternoon Tea is served Sundays and Wednesdays and the Michelin Star restaurant is only open on Wednesdays.

However, Madeira is full of fantastic eateries and all are trying to compete for what business there is, consequently prices are low, and service is great.  You can get a good-sized steak sandwich for under 5 Euros and not a cheap tough cut either!  We went to a lovely restaurant just along the road from Reid’s and had beautiful fish along with a couple of glasses of wine for 18 Euros (and topped off at the end by a nice glass of Madeira wine on the house.

The journey home was just as easy as the way out.  Masks warn from leaving the car to laving the Bristol airport terminal.  Immigration in the UK now includes a check on the medical form you must fill out the day before arrival in the UK.  Not as simple a form as the Madeira one, as it goes in to more detail and some of the questions are a little ambiguous, but not too hard.

A word on insurance:

As I said earlier, I did have concerns about travelling somewhere that was on the no no list for ‘non-essential’ travel.  A week before we went to Madeira, Portugal was back on the quarantine list and on the no non-essential travel list.  Luckily, Madeira was still ok.  However I was concerned that it could also have been added so I did a bit of searching and was able to find a company that did travel insurance, including medical insurance, for countries that were on the no non-essential travel list, (as long as it was solely because of Covid-19) the cost would have been £40 for 2 but with my medical history went up a bit more.  However, it was reasonable and not a great deal more than a standard policy.  The only thing that they said was that you can’t cancel because of the covid risk because you know that, prior to travel, and you are covered for the possibility of catching it and your medical treatment.  You can cancel for all the other, usual, reasons.

Therefore, if you are OK with quarantining when you get home you can still travel AND be insured.

Oh, and a word on Covid-19 cases in Madeira.  As at 27th September the total number of cases in Madeira since the pandemic started was 212 with no deaths reported.  This on an island with a population of around 290,000.  The current 7 day rolling average per 100,000 is less than 2 cases! 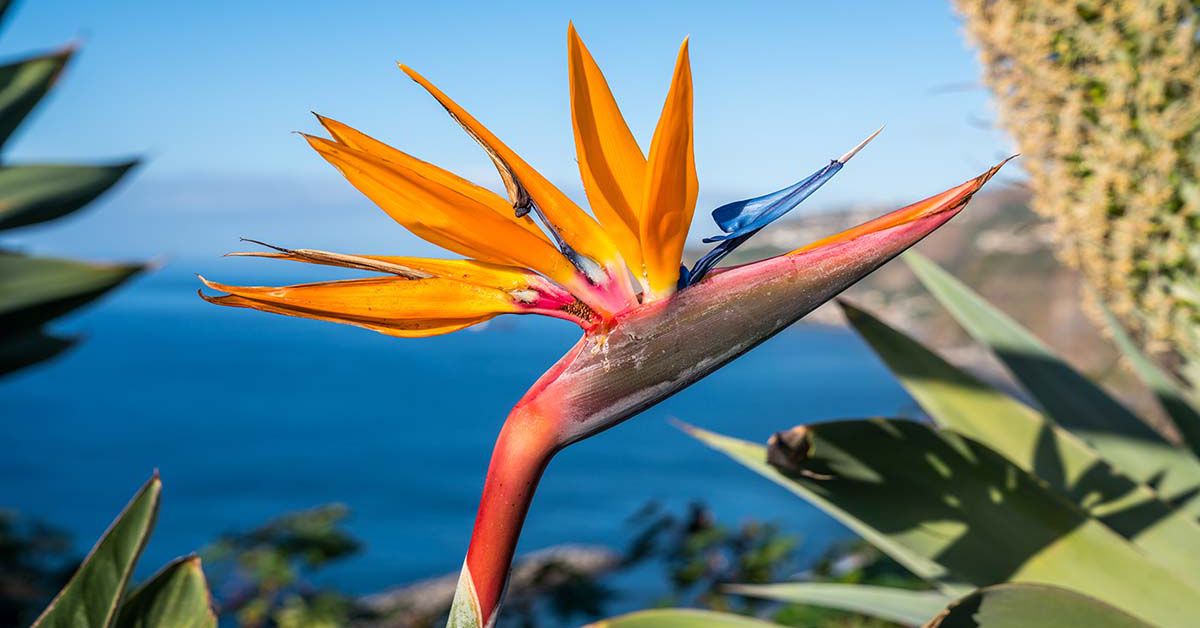 What to do in Madeira

What to do and see in Madeira